There are approximately 41,437 Hayden family members around the world. In general you can double this figure to include those related to the Hayden names to allow for those connected to the name through maiden name connections.

An English habitational name from any of various places called Hayden or Haydon.

Another locational name for Heyden, a town of Denmark; a place built, made, inclosed, or cultivated, from daane, Danish, to form, to fashion, to make, cultivate.

In 1891 census, the surname was recorded in England and Wales with 2,712 occurrences.

In 1881 census, the surname was widespread across England, especially London and Cambridgeshire. The frequent in Cambridgeshire with 407 occurrences.

The noted, Ferdinand Vandeveer Hayden (1829 – 1887) was an American geologist noted for his pioneering surveying expeditions of the Rocky Mountains in the late 19th century. He was also a physician who served with the Union Army during the Civil War.

Another noted, Thomas Emmet Hayden (1939 – 2016) was an American social and political activist, author, and politician. He was best known for his major role as an anti-war, civil rights, and radical intellectual activist in the 1960s, authoring the Port Huron Statement and standing trial in the Chicago Seven case.

1860 Lower, Mark A Patronymica Britannica: a dictionary of the family names of the United Kingdom, London: J.R Smith. Public Domain 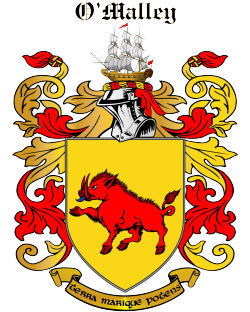 my headen dna is M222----descending from the founders of Rath Aidhne now Ratheaden monastic site in co Carlow -----Rath Aidhne is from Eoghan Aidhne ??-------The Co Carlow OHeadens see Seamus Penders survey from 1659 ------now Hayden Heydon Headon Hedin or 12 other spellings were an ecclesastical family

Areas of Origin for HAYDEN

Write an email address and click 'Invite' to share this page with more members of the HAYDEN tribe.

Discover where the HAYDEN Family members live around the world

Show off the HAYDEN Family Crest…